In all of the above cases, static code analysis is executed for Apex classes and triggers selected or included in the deployment packages. Static code analysis supports both Classic and DX source format. This feature is available for ClickDeploy Essentials+ users only.

You can then review analysis details, group, filter and sort based on Class, Rule, Category and Priority.

You can also execute static code analysis independently and outside of a validation or deployment context, like so. 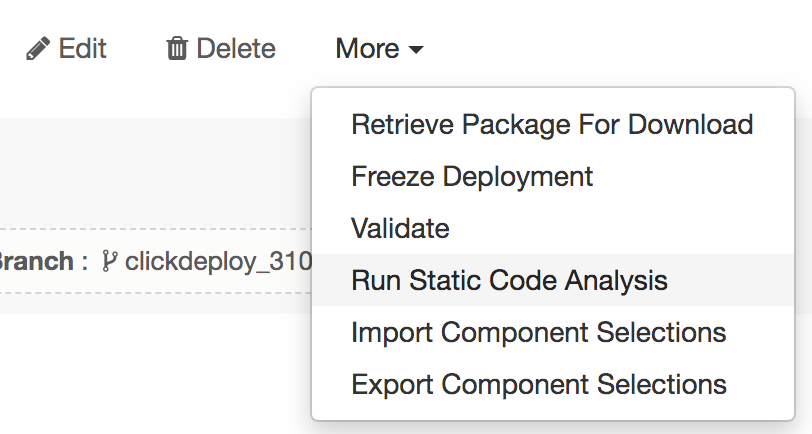 We updated SFDX CLI to align with the recent Salesforce SFDX CLI release.

We updated deployment list views to give team owners more visibility of their team deployments.

As previously reported by our users, deployments failed when the exclusion list contains an empty line, like below. This bug has been fixed in this release.

For deployments from Git executed outside of CI context, users were not able to create rollback deployments. This bug has been fixed in this release.